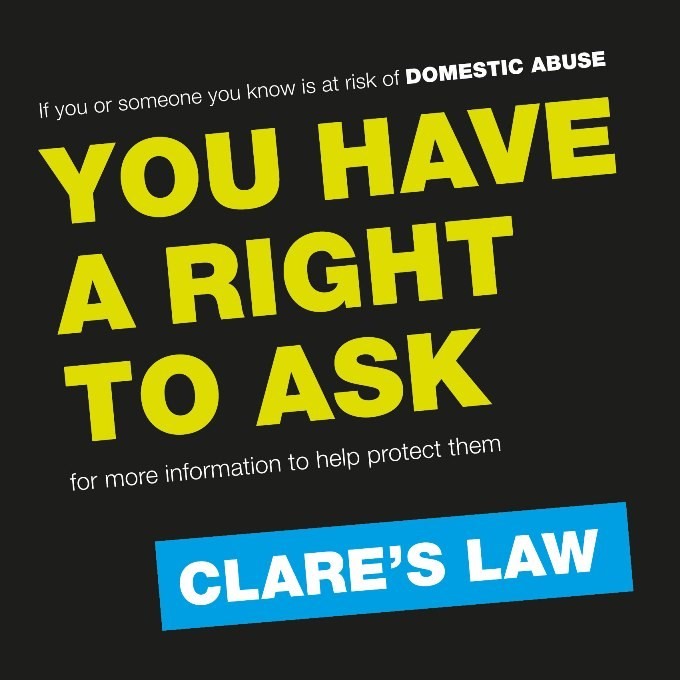 A scheme which allows people to be told if their partner has been violent in the past has been introduced in Scotland. It follows a six-month trial in Aberdeen and Ayrshire which saw 22 people warned that their partners had a history of domestic abuse. Clare’s Law was introduced across England and Wales in March 2014 and is named after Clare Wood, who was murdered by her violent ex-boyfriend several years ago. The 36-year-old was strangled and set on fire by George Appleton in Salford, Greater Manchester, in 2009. She was unaware of his history of violence against women.Her father, Michael Brown, has campaigned for people to have the right to ask for information about partners, and for the police and other agencies to have the power to take the initiative and tell someone if there are grounds for concern.

For more information on Clare’s Law including how to make a request, click here.

If you would like to learn more about our work, volunteer with us or make a donation to help us continue our work, please contact us by phone on:
01324 635 661.

Your contribution can really make a difference to our work with abused women, men and children.

Make a donation online through justgiving.com.